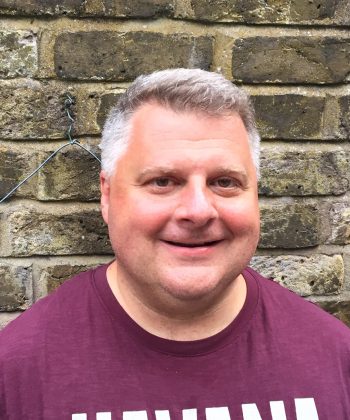 My daughter has been learning about the Cold War at school. That it is now considered history is frightening as it was part of my own childhood. In fact, the end of the cold war was the backdrop of an early and very powerful lesson I learnt as a student myself, that the smallest things can bring about great change.

I was a student in the late summer of 1989 and I remember unpacking at my new digs in Frankfurt with the TV news playing behind me. The headline news that day were the 40thAnniversary celebrations of the German Democratic Republic (East Germany) which were soon to be followed by similar celebrations for West Germany. Part of the news that night were surveys, which concluded that almost no one believed that Germany would unify again in their lifetime. A belief that was reinforced by the political leaders of the time, when earlier that year, the East German leader had proclaimed the Berlin Wall would stand for another 100 years.

The last item of that news broadcast though was another story, that Austria and Hungary were opening their border. This pricked my geek like tendencies with their love for European history, but no one ever imagined that this small action that changed history. Instantly East Germany was emptying as its citizens could travel to Hungary, then cross into Austria and on to West Germany to claim citizenship. Within days it was mainstream news, East German citizens, who used to have to risk their lives to get to the West were arriving by the train load. In November that year the Berlin wall fell, I remember sitting in it on a cold November night, watching an amazing piece of history unfold before my eyes.

All big changes start with small actions. Whilst I am no fan of clichés, the fact remains that big changes happen because of the sum of many small changes taking effect. Thirty years on I am professionally seeing the same effect in ethical investments, which for many years it felt like an uphill struggle. For decades the prevailing view was it was not serious investing and that investors were missing out and it will never make a difference. Yet values are beginning to change, environmental concerns are no longer marginal; likewise slave labour, endangering lives with your products or waste are not acceptable for listed companies and they are now increasingly expected to be well governed, pay their taxes and be good citizens. Over the last few years ESG investing has moved from the fringes to the mainstream.

There is still a long way to go, but today we know we can be agents of change. A key agent of change is information, the more we know and share on one side, creates a response on the other side. It’s so much easier to find out where are how products are made, there are plenty of organisations out there tracking these things, in food, fashion and even with banks what they finance.

Where once consumers were used to being ignored, knowing that information and choice are more easily available has changed the balance of power. Now it is a matter of grasping this new reality and using it effectively, asking the questions and expecting change.  In the post COVID world, as economies recover, we need to call for the changes we wish to see. We may feel likes it’s nothing, but these little changes will quickly add up.

Wayne Bishop is the CEO of a an ethical asset management company in the City and a with his wife and a good team, also a church leader is East London. Wayne’s City career spans almost 30 years and included working in Germany for many years. The link between what we believe, what we want to see happen in our world and how we act is at the heart of both work and ministry.  Wayne and his wife are also foster carers for their local authority and Wayne is a trustee of Freedom 2 as well as other national and local charities.